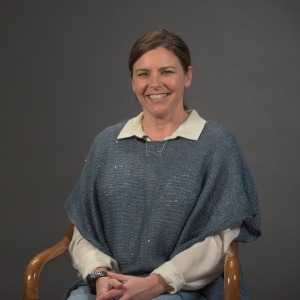 Tracie Happel was a valued member of the faculty at her Wisconsin elementary school, not only receiving high marks as a teacher, but as a mentor to colleagues as well as serving on leadership committees.

And yet, little of that seemed to matter when others in her district found out she supported Act 10 – a bill proposed by Gov. Scott Walker to remedy projected billions in state budget deficits – a bill vehemently opposed by the state and national teachers’ unions.

“I loved Act 10 because it saved our state money and gave teachers a choice in union membership,” Tracie says. “It focused on the students, the teachers and schools at an individual level. I tried to keep quiet about my support, but people were spreading rumors, so I couldn’t shut up anymore. I was very judicious when I spoke up. I was writing editorials, doing internet interviews, traveling to different events and sharing information. I had no idea it would negatively affect my job. I never saw the evilness of the union of what people could do to derail my success.”

It started with Tracie’s principal telling her they could no longer be friends outside of work, though the principal did remain friends with many other teachers at the school.

Tracie was no longer allowed to have other teachers, in-district or out, come to her classroom to learn valuable reading strategies or the approach on how to increase reading skills. Tracie, who had long been valued as a mentor to others, was now told it was taking away from her teaching time and that her reading scores “were not that great.”

It continued, on and on, and eventually Tracie was removed from all leadership committees on which she had served.

“I was told it was ‘someone else’s turn,’” Tracie says. “This despite being told when I was on the committee that it was a commitment until I decided to leave.”

Tracie was subjected to what has sadly become the norm when opposing union talking points, i.e. whisper campaigns, professional and personal isolation, etc. Eventually, she decided to leave Wisconsin and, she believed, make a fresh start. Unfortunately, Tracie found that union venom and attacks stretch coast to coast; all this for the sin of exercising one of her most basic rights as a citizen.

“I am still paying for it, five years later. It completely and totally changed my life – not for the good. Every single day I struggle with what happened and pay the price. I cannot find a job in education anywhere. Twenty-two years, down the drain.”