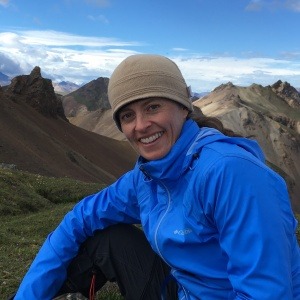 Kate was a young teacher preparing to begin her first full-time position in Colorado when, during a day of training, she and other new teachers were taken into a room with union officials who boasted about the union’s benefits, then quickly resorted to enticing the teachers with the most base offers.

It wasn’t long, Kate says, before union officials were “walking around the room with crisp twenty dollar bills fanned out in their fingers.” Just as quickly, and crassly, the same people were literally waving money directly under the noses of Kate and her colleagues.

“Union officials were walking around the room with crisp twenty dollar bills fanned out in their fingers.”

Unions are experts at exploiting vulnerability, whether it’s harassing those who question their politics, or capitalizing on the need and naivete of new workers. Many of the young teachers were wowed by the promise of easy money but Kate knew what was going on.

She had previously worked as a substitute teacher in Oregon where workers were forced to fund the union. They told Kate and the others that the union provided legal help, a voice in education policy and provided great snacks at meetings. When she found out her dues would be more than $900 a year, Kate remembers thinking those snacks “must be caviar!” What they didn’t tell the teachers is that they could opt not to be members and avoid paying the portion afforded for political purposes as a fair share fee payer or religious objector.

“When she found out her dues would be more than $900 a year, Kate remembers thinking those snacks must be caviar!”

So, Kate knew union officials would say, or do, just about anything, especially in a Right to Work state such as Colorado where workers are free to choose.

“They were telling us that if we joined we could have the cash they were wafting under our chins,” says Kate, who has been teaching for nearly 20 years. “I was indignant. All of us new hires were strapped for cash; they knew that. So what if I could have this cash now? The union was going to get it back later in payroll deductions.”

The meeting’s pep rally-like atmosphere continued as union organizers passed out free T-shirts to teachers who were most likely unaware that the “free” shirts had been paid for with members’ forced dues. But Kate knew, and it left her feeling anything but peppy.

“I was too insulted,” Kate says. “Later, I found out we didn’t even have to be at the meeting. I chopped that T-shirt up and used it as a rag. I felt like I’d been someone’s prey and that was my retaliation.”