The Western Journal: Suspending Students Who Defy Teachers Is Now Illegal In Cali After Complaints Of Racism - For Kids And Country
close 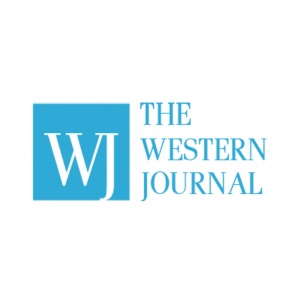 “A new California law that takes effect in 2020 will ban suspensions of elementary school students who defy their teachers.

The law will begin by covering students in grades one through five, than expand to grades six through eight in succeeding years. The law sunsets in 2025 to provide for an evaluation of its impact on education.

Supporters of the law, signed by Democratic Gov. Gavin Newsom in September, say that suspensions over willful defiance — such as refusing to take off a hat — disproportionately impact minority students, according to KRON.

“School staff will expand their capacity in the area of alternatives to suspension by implementing positive behavioral Interventions, restorative practices and social-emotional learning opportunities,” Covello said. “Students will receive the benefit of remaining in school and working to improve their behaviors through these alternatives, rather than being sent home.”

That’s not how everyone sees it.

“California’s union-controlled legislature and governor just told students across the state there are no consequences for unruly behavior and have handed control of the classroom over to the most disruptive students. Teachers who simply want to teach and students who truly want to learn are held hostage by their new overlords — willfully defiant kids,” Rebecca Friedrichs, a 28-year-veteran of teaching, said of the law, according to the Washington Examiner.

“Every teacher I know personally is against [these policies] because they are dangerous and have completely undermined our authority and ability to conduct learning in a safe environment,” Friedrichs said.

One parent who has seen lax discipline lead to tragedy issued a warning to California parents.

“Anti-discipline advocates claim that they are fighting the ‘school-to-prison pipeline.’ In reality, their policies increase the flow,” Andrew Pollack wrote in an Op-Ed for National Review.

Pollack’s daughter, Meadow, was killed in the Parkland, Florida, school shooting. He argued that stronger discipline policies could have prevented the shooting that claimed his daughter’s life.

“Beyond leading to an increase in school violence and risk of deadly catastrophe, these leniency policies are profoundly bad for learning and for character,” he wrote.

“The idea that not holding kids accountable for their actions will make them more law-abiding as adults is idiotic. If we tell juveniles there are no consequences for misbehavior, we set them up for failure in the workplace. And we put them at risk for a hard reckoning when they find that behavior that didn’t even get them suspended in school gets them a felony charge when they hit age 18,” he wrote.

Pollack said he wrote his Op-Ed as a warning to parents.

“Chances are, your kid won’t get murdered at school. But you have to know about the type of environment you’re putting your child in. Public school in California is now a place where disruption, threats, and even violence can’t even be punished,” he wrote.

“My advice to California parents: Stretch your wallet to send them to private school. Or keep them in public school and roll the dice.”

Democratic state Sen. Nancy Skinner of Berkeley, who sponsored the bill, said, “Ending willful defiance suspensions will keep kids in school where they belong and where teachers and counselors can help them thrive.”

“We know that there is implicit bias throughout all of our structures, and through each of us individually,” Skinner said. “And while we work on trying to — through training and other means — correct that, we want to make the structural corrections for where that implicit bias can have these kinds of negative consequences that aren’t even intentional.”

She said that schools are empowered by the new law.

San Diego mom Amy Epsten, who has two children in kindergarten, was not sure the concept is appropriate, according to KSND.

“I think kids need discipline and these laws are getting harder and harder for teachers to manage a classroom, and kids are smart; they know why they can get away with,” Epsten said.”