Delighting In Safe Pasture With Linda: Jesus: Rich In Mercy - For Kids And Country
close 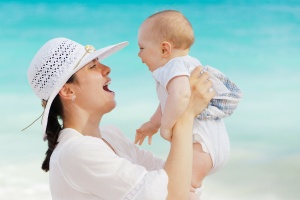 As I was reading this portion of scripture this morning, the words “being rich in mercy” really stood out to me:

Ephesians 2:4-7
But God, being rich in mercy because of the great love with which He loves us, even when we were dead in our trespasses, made us alive together with Christ -by grace we have been saved- and raised us up with Him, and seated us with Him in the heavenly places in Christ Jesus, so that in the coming ages He might show us the immeasurable riches of His grace in kindness toward us in Christ Jesus!

When my first child was nine months old, I received a call from her pediatrician, the kind of call no parent ever wants to receive. Very matter of factly, her doctor gave me my daughter’s blood test results, which showed she had a very rare blood disease. Up until that point she had been a very healthy baby. We had just been to her latest well baby check. She had been given a very routine blood test, so to say the least I had not anticipated such a frightening report.

The next few months became a waiting game. My husband and I were sent to a panel of specialists. They all concurred that if her blood cells did not change (or mature, as they put it) after three months we would have to deal with the complications that were to come with this disease.

One afternoon during those long weeks of waiting, I had to take my baby girl to the lab once again. It was a long walk from where I had parked, and I so vividly remember holding her tight, and not being able to fight back the tears. I had never known a fear so real in my life, and being a new mom, I had never known a love so deep either. As a young woman this new sense of vulnerability brought me to very unfamiliar territory, and I thought I was at a breaking point. It brought me pleading to God for His tender mercy while I waited.

As I was walking toward the lab asking the Lord for help, I had to stop to get a hold of myself before entering. There were hedges that covered the entire block wall along the sidewalk where we had been walking, and I paused at a place where there was a break in the hedge. Something caught my eye that touched me as a divine message from my sweet Father, a message plain and simple written on a tiny space on the block wall. It was as if someone had carefully placed it there waiting to be seen. Hidden to most, but put for me to see at that moment were the words, “God loves you.”

Those three simple words were exactly what this mama needed to hear. Whatever was going on in my life, I knew in that moment God’s love would get me through, and would overshadow anything I would have to face with my daughter’s medical issues. In those brief moments on that pathway the Spirit spoke to my heart. In the wall writer’s small gesture, I experienced His “immeasurable riches of kindness” towards me. I can now see how God’s grace and mercy were so sweetly covering me and filling me during that entire waiting period. It was His love that got me through. Those three little words were, in fact, what sustained me in the weeks that followed.

Then just like that, I received a call from the pediatrician explaining to me that my baby girl’s blood cells were completely normal! They were right where they were supposed to be, and even the doctor seemed completely surprised! He told me that he couldn’t quite explain it. As I stood there once again in my kitchen after hanging up the phone, I truly understood for the first time in my adult life what God’s mercy looked and felt like, but more importantly the enormity (and simplicity) of the words “God loves you!”

Hebrews 4:16
Let us then with confidence draw near to the throne of grace, that we may receive mercy and find grace to help in time of need.

Lamentations 3:22-23
The steadfast love of the Lord never ceases, His mercies never come to an end, they are new every morning. Great is your faithfulness.

Luke 1-50
And his mercy is for those who fear Him from generation to generation.

Wrapping up the topic of mercy, my pastor shared a powerful story yesterday that I would like to pass on. It made me realize the extreme benefit of asking for mercy as we pray!

Napoleon Bonaparte was a French military leader who conquered much of Europe in the early 19th century. There was a mother who approached Napoleon seeking a pardon for her son, but the emperor replied to her that her son had committed certain offenses, and justice demanded death. The mother explained, “I plead for mercy!” Napoleon replied, “But your son does not deserve mercy.” The mother cried, “It would not be mercy if he deserved it, and mercy is all I ask for!” After being moved by this mother’s statement, Napoleon said, “I shall have mercy on him and spare your son!”

What a beautiful and perfectly illustrated picture of mercy. Not one of us deserves it, we can never do enough for it, yet it is granted to us so freely. God’s mercy is attainable for all our needs, both big and small. When we are reminded of God’s mercy, we get a front row seat to His deep affection and unconditional love for us. That my friends is what sustains us through each and every difficult season.