Delighting In Safe Pasture With Linda: Choose Peace - For Kids And Country
close 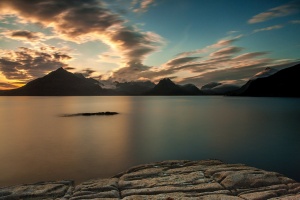 As the days and weeks pass, rising anger is on full display. Evil is taking a stand, no longer solely being done in secret. It is parading around in broad daylight, on center stage for the entire world to see, with arrogance and pride. Long gone are the days that it would try to hide or conceal its own wickedness.

In the midst of the destruction, discord, accusations, contempt, lies, distrust and countless other issues, I find myself somewhat angry as well. Anger is an emotion that is becoming far too common these days. I’m not comfortable with it, and I’m sure you aren’t either.

Although anger in itself is not a sin, it can become a sin depending on what we do with it. Did you realize anger most often begins with blame? It is typically the underlying source of anger. If we are open to God bringing out the best in us, we need not assign blame or seek revenge, yet instead earnestly seek His justice. There are definitely times that call out for righteous anger, times we desperately need to be intolerant of evil, times that we must stand, not retreat. Yet I believe the question we need to ask ourselves these days is this: Is my anger getting in the way of my peace? Has my peace been disturbed, rattled or replaced with anger? If the answer is yes, then we must realize that peace and anger cannot coexist. In order to obtain one, we must release the other.

Before we beat ourselves up for allowing anger to get a foothold, let’s look at Moses, a Biblical icon, a man we respect and admire. He was put through intense testing as the leader God appointed to lead his people out of Egypt and on to the promised land. He was no doubt pushed to the brink, surrounded by angry, ungrateful people. He was harassed with finger-pointing, hurtful accusations, and unprecedented situations that involved years of turmoil. At one point, there was no water for the multitude and they once again began grumbling and quarreling amongst themselves, blaming all their problems on their leader. Moses and Aaron went to their tent and fell facedown before the Lord.

Numbers 20:6-11
The Lord appeared to them. The Lord said to Moses, “Take the staff, and you and your brother Aaron gather the assembly together. Speak to that rock before their eyes and it will pour out its water. You will bring water out of the rock for the community so they and their livestock can drink.” So Moses took the staff from the Lord’s presence just as He commanded him. He and Aaron gathered the assembly together in front of the rock and Moses said to them, “Listen you rebels, must we bring you water out of this rock?” Then Moses raised his arm and struck the rock twice with the staff. Water gushed out and the community and their livestock drank.

Did you catch Moses’ words, “Listen you rebels…?” His choice of words makes me smile. He was obviously fed up and angry, and thus resorted to name-calling. Had God commanded him to lecture the nation? No, He hadn’t. Did you notice that the Lord had asked Moses to speak to the rock, but Moses disobeyed God and struck it, not just once but twice? Do you suppose he thought it to be impossible to just speak to it in order to obtain the water, but in his own mind decided it needed force? Perhaps in that moment he was not trusting and completely depending on the God of all miracles to provide.

I can’t help but be grateful for a merciful God. Although Moses felt anger, which led him to sin, the Lord still provided the water. Would the water have come without Moses’ angry response? I believe so. The God of the universe did not need the help, or the well-deserved anger of Moses to fulfill His provision.

I believe this is key for us today. I tend to get frustrated when I try to explain logically why someone should feel as I do, or believe what I believe. After all, it makes perfect sense (to me, anyway)! Can they not see that a certain behavior is dangerous? It’s daunting when I see something so clearly and someone else does not, and they in turn feel the exact same way I do. In fact, it feels as if there is an invisible wall which does not permit any room for common ground or understanding. How is it so easy for me to believe in the Creator of the universe and yet impossible to get someone to even consider the possibility? How do some call evil good and in fact try to justify it? Anger does no one any good on either side of the spectrum. As a matter of fact, if we justify our anger it only leads to acting upon it. It certainly doesn’t stop the God of the universe from moving forward with His plan. The battle just seems unending!

God’s plan will always move forward. Do we want the peace of our souls and minds to remain intact? It begins with us doing all we are called to do to stand for righteousness, but also with the same mercy and grace our God bestows upon us, and always keeping our anger in check. We must trust and believe that the Lord always prevails.

Proverbs 16-32
Better a patient man than a warrior, a man who controls his temper than one who takes a city!

Ecclesiastes 4:10
If the anger of a ruler rises against you, do not leave your place, for calmness will lay great offenses to rest.

Psalm 37: 7-8
Be still before the Lord and wait patiently for him, do not fret when men succeed in their ways, when they carry out their wicked schemes. Refrain from anger and turn from wrath. Do not fret- it leads only to evil.

Please keep in mind I am not excusing or minimizing current events. It’s so difficult to remain calm and keep anger at bay. Our Savior was treated harsher than anyone in the history of man, and yet he was able to articulate truth through peace. Granted, He was God in the flesh, and we are only human, yet He came down to earth to experience life with us. That makes Him the understanding Father that He is. He knows our hearts, and grieves with us when our spirit hurts over the condition of this world. Thankfully He set an example for us, and never acted out anger in a sinful way. His peace and calmness in the midst of hate was His trademark. Oh, how I long for that, as I’m sure you do too. We need to search for His peace like never before. Without it we stand on shaky ground. I pray that we can feel His peace through these difficult days, and I’m trusting He will bless us when we try to emulate Him in all we think, say and do. Let His deep love and affection for you be your solid ground on which you stand, both today and for all your tomorrows.

It’s been said that anger doesn’t solve anything, it builds nothing, but it can destroy everything…TRUTH!